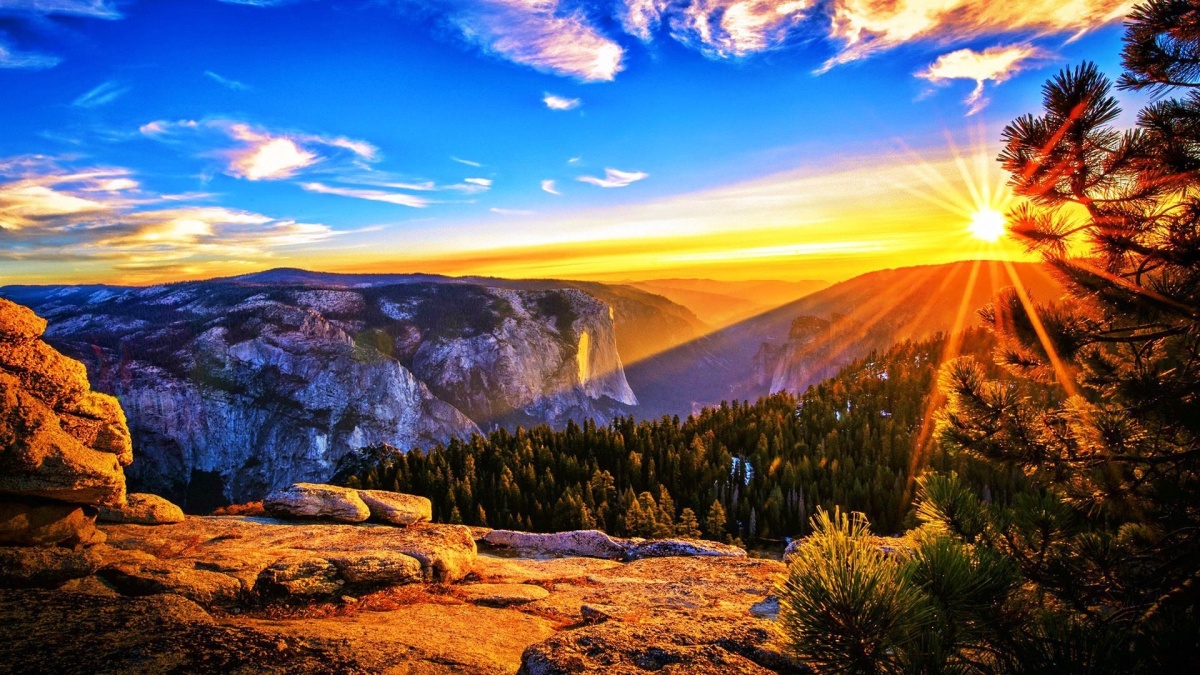 When I recall hearing those words, admittedly mostly on screen, I can only ever recall them being delivered in a negative context. An accusation. A disappointment. A betrayal.

It’s a cliché, but very true, that many of us are fearful of change. There’s a reason why we need to push ourselves outside our “comfort zone.”

And God forbid that we should change our minds about anything. That we should be so weak-minded. A turncoat. Fickle and unreliable.

Change has so many negative connotations, and yet it is the most natural, and most vital thing that there is. From the moment we are conceived until our bodies crumble into dust, we are changing, every second of every day.

We come to a point where we settle into our moulded minds. “This is me.” This is the music I like. These are my political ideas. These are my desires for my life. This is my worldview. At different moments we unconsciously arrive at our conclusions on these and other matters, so that we can be confident for the rest of our lives that “this is who I am.”

And when these views are challenged it can sometimes be a painful experience, depending on how fundamental we feel they are to our identity. It’s easy to become defensive, or alternatively to go on the attack. Why is it so difficult sometimes to just accept that we have each been moulded in different ways? It’s far too early in the morning for me to go down that road.

So we find ourselves in the world, moulded by the world, and to some extent conformed to the world. And then we hear:

Do not conform to the pattern of this world, but be transformed by the renewing of your mind. Then you will be able to test and approve what God’s will is – his good, pleasing and perfect will.

So challenging. So difficult. And even when we take it to heart, we will spend the rest of our lives reaching for, but never attaining, that concept of God’s perfect will.

I mentioned a word earlier. A very important word. Identity. I’ve come to realise that my own view of my identity may be wrong. That it has been clouded and distorted through my life experiences. When people tell me the good qualities they see in me, I struggle to receive their words, because I don’t recognise those qualities in myself. I don’t see myself as others do, and I always thought it’s because I’m right and they’re wrong. I thought no one could ever understand me like I understand myself.

I’m finally starting to realise that I was wrong, and that is a painful, terribly sad realisation, because my false view of my identity has affected the way I’ve treated myself and others, mainly myself, over many, many years, and as a result I’ve lived a life far away from the abundant one that Christ came to give me.

I didn’t see myself as others saw me. I didn’t see myself as God saw me. I didn’t value myself. I didn’t love myself. In fact, I thought that to love myself was selfish, and I resisted the temptation to do so. Instead I searched for that love in other places, in other people. And while some of them could give me a part of what I needed, none could fulfil my needs in the way that I could myself, if I just trusted that God knew what He was doing when He made me.

Now I’m in the process of learning to accept, value and love myself. It’s a frightening process at times, because my old idea of my identity still feels comfortable and right, even though it did me so much harm. But in a very real sense, this is the best time of my life.

There’s something I want to make crystal clear. I’m a Christian. That means I’m a follower of Jesus. He is my Saviour, my Lord, my God.

The simple question “What would Jesus do?” is central to my life – or it should be. If I were a better man then it would cross my mind whenever I had to make a decision. If I were an even better man it would be the reason behind every decision even without thinking. It would be my instinct rather than my goal.

I want to please Him – not because I think I’ll go to hell if I make a mistake, but because I’m so grateful to Him that I won’t, despite my constant mistakes. He forgives me, and all I have to do is accept His forgiveness.

If there’s any bad theology in what I’ve written, then I’m sorry. I love theology, I think it’s great, but I love Jesus more, because He’s greater.

What I’ve said today may not be ground-breaking, but I’m putting out there as a way of laying a foundation, for posts to come, hopefully soon, which will depend on this truth for their credibility.

And also to let you know that I really love Jesus.

Hearing God’s voice – I don’t know about you, but it seems to be one of the biggest challenges I face in my journey through life.

The article I’ve linked to below doesn’t provide the secret formula that I would love to learn, but it probably includes more helpful pointers and food for thought than any similar article I’ve read before, so I think I’m going to find it useful to mull over in the days, weeks and months ahead. I hope you find it useful too.

Distinguishing God’s Voice from the Circumstances of Life

That dubious motto is emblazoned on a notice above my mother’s toilet. I think I’d be happier to see it flushed into the sewers, as it always makes for irritating reading. I suppose that before I was saved I could see the funny side, but no longer.

“Saved.” That’s the word on my mind, because I was taken aback, utterly astonished in fact, a few days ago, when my best friend announced that “being saved isn’t enough to get you into heaven.” I was shaken because I thought we were in general agreement in most matters of faith, and certainly on such fundamental principles, but what she was saying was completely wrong to my mind. For some time I was unable to even articulate my argument against her proposition. It was just too obvious to even need an explanation.

Of course, things are rarely if ever that obvious, otherwise disagreements and misunderstandings would be far less common in this world. I’m pleased to say that a couple of days later when we talked about what we each meant, we found the common ground I had hoped for.

The crux of my friend’s point was this: that if you say you are saved, but there is no evidence of it in your life – no change in your attitude to sin, no desire to preach the gospel, no change in your behaviour – then what you are saying is worthless. This is effectively the same as saying “faith without works is dead.”

What does it profit, my brethren, if someone says he has faith but does not have works? Can faith save him? If a brother or sister is naked and destitute of daily food, and one of you says to them, “Depart in peace, be warmed and filled,” but you do not give them the things which are needed for the body, what does it profit? Thus also faith by itself, if it does not have works, is dead.

But someone will say, “You have faith, and I have works.” Show me your faith without your works, and I will show you my faith by my works. You believe that there is one God. You do well. Even the demons believe – and tremble! But do you want to know, O foolish man, that faith without works is dead? Was not Abraham our father justified by works when he offered Isaac his son on the altar? Do you see that faith was working together with his works, and by works faith was made perfect? And the Scripture was fulfilled which says, “Abraham believed God, and it was accounted to him for righteousness.” And he was called the friend of God. You see then that a man is justified by works, and not by faith only.

Likewise, was not Rahab the harlot also justified by works when she received the messengers and sent them out another way?

For as the body without the spirit is dead, so faith without works is dead also. (James 2:13-26 NKJV)

This is true. When you accept Jesus Christ as your Lord – and Saviour – you are changed, and you have a new desire to follow Him and imitate Him. The Holy Spirit dwells in you and you listen to His voice. His seed is sown in you and you bear fruit.

But the fruit of the Spirit is love, joy, peace, longsuffering, kindness, goodness, faithfulness, gentleness, self-control. Against such there is no law. (Galatians 5:22-23)

My own argument was coming from the other side, discounting works because in themselves they don’t save us.

But God, who is rich in mercy, because of His great love with which He loved us, even when we were dead in trespasses, made us alive together with Christ (by grace you have been saved), and raised us up together, and made us sit together in the heavenly places in Christ Jesus, that in the ages to come He might show the exceeding riches of His grace in His kindness toward us in Christ Jesus. For by grace you have been saved through faith, and that not of yourselves; it is the gift of God, not of works, lest anyone should boast. For we are His workmanship, created in Christ Jesus for good works, which God prepared beforehand that we should walk in them. (Ephesians 2:4-10)

And further to this, I don’t believe that you can ‘lose’ your salvation. I believe it is assured, in the words of Jesus.

“My sheep hear My voice, and I know them, and they follow Me. And I give them eternal life, and they shall never perish; neither shall anyone snatch them out of My hand.” (John 10:27-28)

The words of my Lord Jesus make very clear, and very simple, how I get to heaven.

Jesus said to her, “I am the resurrection and the life. He who believes in Me, though he may die, he shall live. And whoever lives and believes in Me shall never die. Do you believe this?” (John 11:25-26)

That is salvation. The only question is, when somebody says they believe in Jesus Christ, do they actually mean it? Do they actually believe in Him in their hearts? If they do then their salvation, and their eternal life with Him in heaven, is guaranteed. At the same time they will show evidence of Christ in them during the remainder of their earthly life.

None of us reach perfection, but we seek it. We run the race of faith, and though we stumble we keep running, like a toddler running to his Daddy. We just want to please Him, and abide with Him. And the real joy is we know that we will – and that we do.

Too many people are just thanking God that they’re still alive.

Yes, life is a wonderful gift from God, and yes we should be thankful for it.

So don’t just settle for being alive, take the opportunities God is giving you to fill your life, and other people’s, with the blessings He provides.